What is an EEOC Charge of Discrimination?
December 4, 2018
Employee Rights | Employment 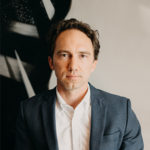 Individuals wanting to take action against an employer (or former employer) for discrimination or harassment have several options besides litigation. That may include trying to contact the employer to resolve the problem via discussions or mediation, or filing a Charge of Discrimination with the Equal Employment Opportunities Commission (“EEOC”) and similar state agency. This blog will provide some basics on filing a Charge and why it is so important.

The EEOC is a federal agency that is tasked with enforcing federal laws prohibiting employment discrimination. This means it is limited to only enforcing federal laws and matters related to employment. There are many states that have their own discrimination laws, so the EEOC has no authority regarding those matters. Two examples of state agencies that enforce state employee protections are the Missouri Commission on Human Rights and the Illinois Department of Human Rights. Also, individuals with discrimination claims that don’t have anything to do with their employment must file with another agency. A common example is federal housing discrimination, which is handled by the U.S. Department of Housing and Urban Development.

EEOC investigations aren’t a public record like lawsuits. The EEOC process is confidential and provides the Agency an opportunity to first look into a dispute and may facilitate early resolution before costly litigation begins. At least that is the idea. The EEOC—similar to many other federal and state agencies—is overworked and underfunded, which often means little investigative work is done besides collecting statements from the parties.

So why file with the EEOC?

Yes, it can provide an early opportunity to resolve a dispute but the most common answer you’ll hear from attorneys is that filing with the EEOC will preserve an individual’s rights if that person later wants to sue the employer. This is because the law requires individuals first file a Charge of Discrimination with the EEOC or a similar state agency before an individual files an employment discrimination lawsuit.

And there are strict time deadlines. Most individuals have 300 days from the date the discrimination took place. But be careful! This deadline differs for each state, and many individuals will want to “dual file” the Charge with the corresponding state agency. That means an individual must also comply with the state’s filing deadlines. In Missouri, for example, that makes a big difference as the state’s deadline is only 180 days. So generally, if someone wants to sue their employer in the State of Missouri for discrimination, they have to first file with the Missouri Commission on Human Rights (or dual file with MCHR and EEOC) within 180 days of the discrimination.

A proper Charge will list a Claimant (individual that has been discriminated against), the employer that is alleged to have committed the discrimination, a description of what happened, and various other matters related to the Claimant’s allegations. It looks easy and EEOC representatives may make it sound like it’s simple, but I put a lot of thought into drafting charges. This is because filing a Charge doesn’t simply preserve all of an individual’s rights, it only preserves the rights contained in the Charge or related to the EEOC’s investigations Thus, the Charge of Discrimination is central to preserving an individual’s claim, and the content and timing of a Charge often cannot be corrected if there are mistakes. Mistakes, then, made at the EEOC often times handcuff an individual later during litigation. Many people are shocked to hear it, but I’ve seen it time and time again.

For more questions concerning filing a Charge of Discrimination, contact me. I’m here to help.